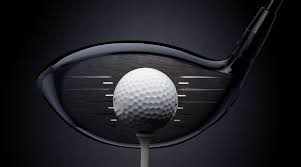 According to the physics of the game, the driver, or number 1 wood, is the club that will hit the golf ball the furthest. It’s the correct choice when you want the ball to go the maximum distance. One cannot argue with the mathematics. It has the longest shaft and the least loft. So, the result, of a well struck driver is a healthy walk from the tee. But in which direction? The fact that the shaft is the longest, means you will stand at your furthest distance from the ball. This increases the chance of losing control. Simultaneously, the least amount of loft increases the likelihood of sidespin being imparted on the ball. Also not good for control.

The best players in the world make the use of the driver look ridiculously simple. With boring repetition, they hit an average of 300+ yards average on even the narrowest of fairways. We instinctively feel that we should be able to do the same. But the fact is that only the very best players, or the shortest hitters, are likely to be consistent with a driver off the tee.

Most club golfers would be better suited to a 3 wood, or 5 wood, or even an iron off the tee. We all know this, but rarely accept it. There is also the element of fun in hitting the driver. But if you are serious about getting your handicap down, or just improving your scores, try playing your next couple of rounds without a driver in the bag.

The average 24 handicap golfer would score like a 24 handicapper far more often, if they were regularly playing their second shots on the par 4 and 5 holes, from the short grass. This is far more preferable than being out of bounds, in a trap, or hacking out from further up the course.

Why not park your ego next time out. Try 2 rounds of golf without the driver in the bag. I bet you will improve your score more than you thought possible.

Categorised in: Tip of the month, World of Golf London