Our golfing highlights of 2016

Home > Our golfing highlights of 2016

By the World of Golf London Professional team 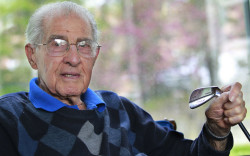 The inevitable passing of time means that each year we lose some of those who contributed so much to our sport. 2016 will, of course, be remembered as the year we lost that great godfather of the game, Arnold Palmer. As well as Arnold, we also lost some great golf coaches. Lesser known names in the public domain, but icons in our world: Manuel de la Torre, Peggy Kirk-Bell and very recently Harold Swash. These people were true trailblazers in the coaching world, without whom lesser mortals such us ourselves, would not be able to enjoy the profession in the way that we do. It’s thanks to their pioneering spirit that we can earn our living by teaching golf in the way that we do. For that we are very thankful.

Moving on to the highlights, one of which, ironically was Jordan Spieth’s Masters meltdown. Not because we harbour any ill will for Jordan. On the contrary we think he is fantastic for golf; the way he carries himself, the way he conducts himself on and off the golf course is a great example for all golf professionals. But we picked Jordan’s collapse just because it was so very unexpected. Up until August of this year, Spieth displayed an extraordinary ability to win golf tournaments, from almost any position. Once he hit the front, he seemed to have a tiger like ability to close out the tournament and seal victory. On this occasion, it didn’t happen, which just shows that no one is invincible and the game will never become totally predictable. There can be little doubt that Jordan will get plenty of chances to redeem himself, will win many more major championships and will probably go down, at some point in the future, as one of the game’s all-time great champions.

The Masters in 2016 will also be remembered for an unlikely winner, Englishman Danny Willett. Danny played many great shots that week, none better than his chip shot from the back of the 17th green to get up and down and then go on to continue to par the last, to win his first green jacket. The other major championship winners for the men this year were Dustin Johnson winning his first US open and Jimmy Walker who won his first USPGA championship. But who could forget the duel in the sun around Royal Troon between Phil Mickelson and Henrik Stenson, possibly the greatest two rounds of golf ever played in the final round of a major championship. Stenson shot 63, with a bogey on the first hole, Mickelson shot 65 with zero bogeys, a score that would have been good enough to have one nearly every other open championship. Not this one, as the steely Swede took the Claret Jug, playing golf that was simply out of this world.

The ladies game also enjoyed some great moments in 2016.  Lydia Ko won the first major of the year with a fantastic shot into the last hole. The young Canadian Brooke Henderson took the women’s PGA championship. Brittany Lang won the Women’s US Open, while at Woburn, Ariya Jutanugarn won the ladies British Open becoming the first major winner from Thailand. Chun in-gee won the year’s final major at Evian to complete an exciting 2017 season for women’s golf.

However, our main highlight of the year came at the Olympic Games in Rio, thanks to a super excited team GB member, Justin Rose. While many of the world’s top golfers made excuses not to go to Brazil, Justin in contrast make it clear nine months prior to the Olympics, that he would love to represent Great Britain. From the moment the Games began, Justin embraced the whole team ethic and reveled in the unique Olympic atmosphere. He reached the final where he narrowly came out on top over the newly crowned open champion in Henrik Stenson. In winning the gold medal Justin raised not only his own profile, but in the biggest global shop window of all, he gave a much-needed shot in the arm to the profile of the game itself.

Justin Rose is a superb ambassador for golf and we wish him continued success in 2017. He will face plenty of competition. Will a fit and healthy Tiger Woods come roaring back to form? will Rory, Jordan, Jason, DJ or Henrik be grabbing the golfing headlines, and can Charly Hull secure a first major championship for herself on the LPGA tour? Bring on 2017.

Season’s greetings to all from the whole team at World of Golf London. Have a great Christmas and see you on the range on Boxing Day!